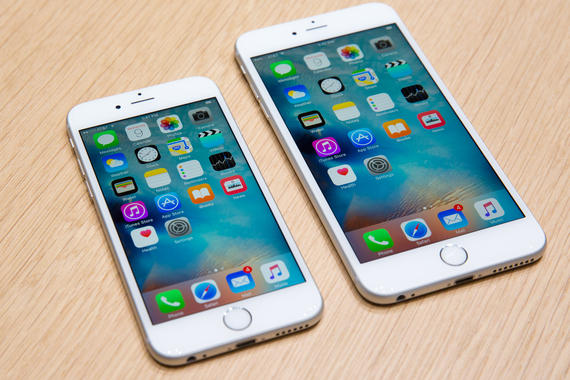 Is The iPhone 6S Worth The Upgrade? A Quick Guide On The Pros & Cons

Within the first weekend of its release, there were 13 million units of iPhone 6S and iPhone 6S sold across the globe. Is iPhone 6S Worth It? In this article, we explore the pros and cons of the upgrade to help you decide whether you will upgrade to the iPhone 6S.

From the outside, the iPhone 6S looks almost the same as iPhone 6. The new iPhone 6S is slightly heavier than the old model and slightly thicker. However, their cases can be used interchangeably.

Is The iPhone 6S Worth It With A Speed and Performance Upgrade?

When it comes to speed and performance, the new iPhone 6S takes the day. With the new iPhone 6S, apps load at impressive speeds. This is made possible by the featured A9 processor combined with a 2 GB RAM.
When Apple carries out an upgrade of one of their devices, they usually focus on improving the processor. The new iPhone 6S is has a powerful processor which enables it to even play intensively graphical games.

Is The iPhone 6S Worth It

The new iPhone 6S comes with a 12MP rear camera. What amazes me is that the quality of pictures it takes is exactly the same as that of 8MP camera of the iPhone 6. This could leave you puzzled, is iPhone 6S worth it? But maybe they wanted something different to give to their customers.

The new iPhone 6 and its predecessor iPhone 6S have equally sized screens, 4.7 inch 1334 x 750. The manufacturer Apple however claims that the glass used on iPhone 6S is stronger than the one used on the older models. This is good news considering the repair on the iPhone 6 Screen can be pricey. If you live in Austin and you have a cracked iPhone 6 you might want to consider our iPhone 6 Screen Repair Austin service. We are pros when it comes to iPhone Repair Austin. If you do not live in Austin you can use our Mail In iPhone Repair service.
The 3D Touch feature in the new iPhone 6S is one of its pros that could make you think of upgrading. This feature works with all native Apple apps. When you long press an app, it pops up different options of what you would like to do with the app saving you time.

Smaller Battery Capacity
The new iPhone 6S does not serve you much when it comes to battery life. This is because it comes with a 1715 mAh battery pack compared to 1810 mAh battery pack. The smaller battery pack could be attributed to the large motor needed for 3D touch interface and the extra space taken by the pressure sensor. Is iPhone 6S Worth It with the lower battery capacity?

The Price Point Has Changed
The new iPhone 6S retails at $649 which $100 more than the iPhone 6. The price is not likely to drop any time soon until the release of iPhone 7. With the new features and the faster processing speeds, you will get value for your money. However, with the same camera, same chassis and a lower battery life, you might be patient until iPhone 7 is out.

So, Is iPhone 6S Worth It to upgrade? Only you can decide now. I typically view the S version of any new iPhone model the be superior. In this case I am not so sure. If you do decide to upgrade you can Sell iPhone with out sister site Recycled Cellular. You will get a fair cash offer to Sell iPhone 6 to help pay for the 6S.

All articles written and published on The Austin Cell Phone are collaborative works done behind the scenes by people passionate about all types of electronic gadgets. We will publish reviews and informational guides that supports our business and your knowledge about your gadgets. Our aim is to inform you the reader so that you can make an informed decision whenever you need our services.